Will my scoliosis get worse?

In this age group, they need to be closely monitored as the risk or worsening can be potentially quite high. Ultimately, several factors determine the risk of worsening, such as the age, sex, posture, current condition of the spine and the current severity of the scoliosis.
A Full Spine X-ray is typically taken to measure the Cobb Angle to determine the severity or the scoliosis and the risk of progression.
A study by Lonstein & Carlson was published in 1984 to determine the risk or progression in scoliosis.
​Generally, the YOUNGER the child or the GREATER the Cobb Angle, the GREATER RISK of progression.
That is why it very important to get a child assessed as early as possible to increase the chances of successful treatment. 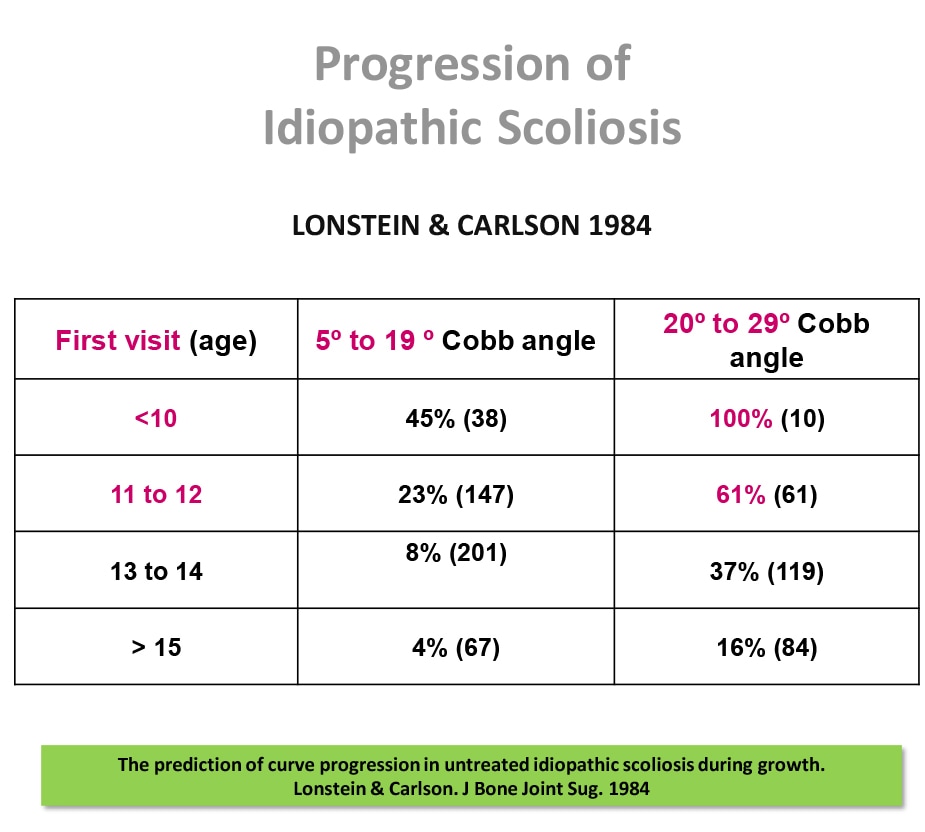 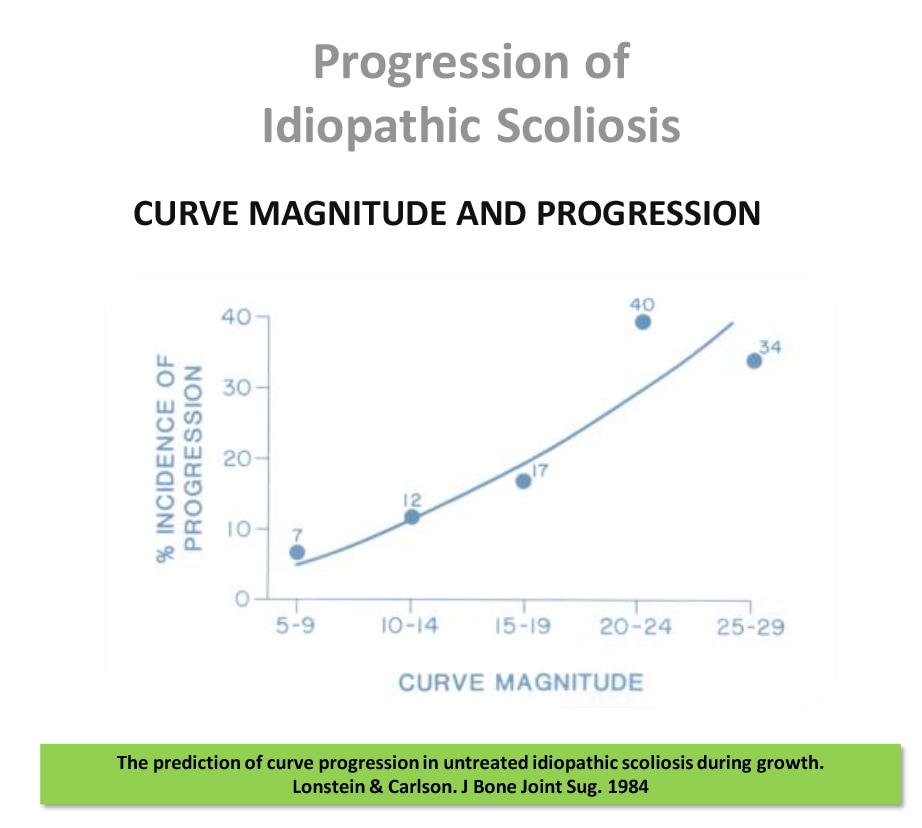 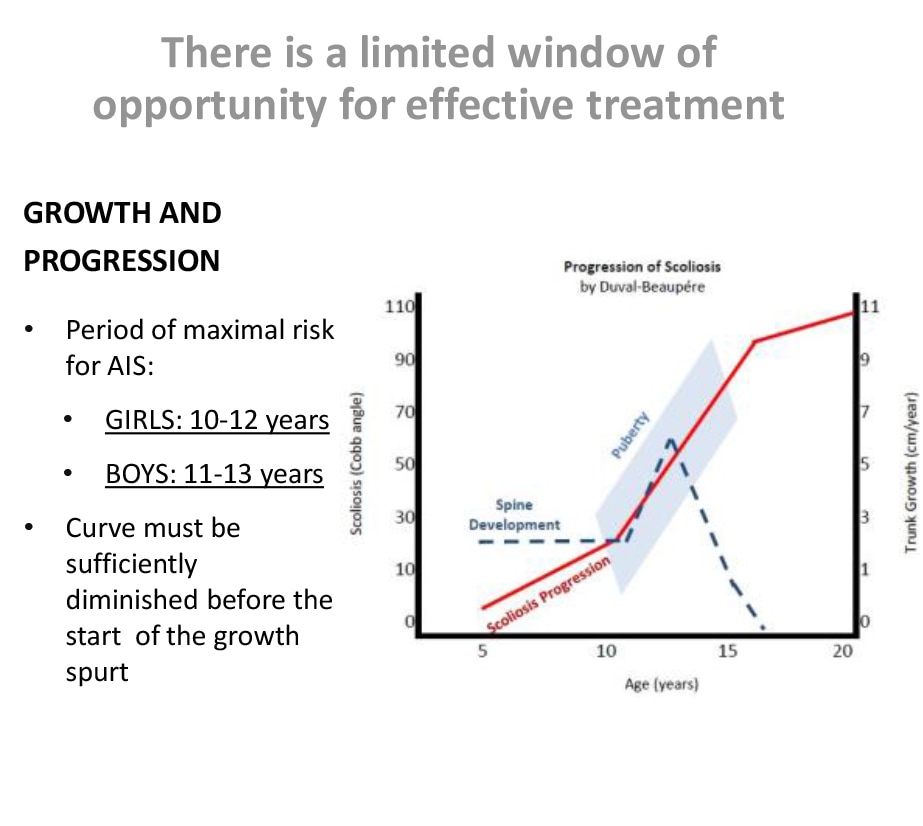 In some cases, adults with a previously diagnosed scoliosis may be stable and not progress. However, in other cases, due to the effects of gravity, increased spinal degeneration and advancing age, the scoliosis may rapidly worsen.
For example, Adult De-Novo Scoliosis may worsen by an average of 3 degrees per year.
Xrays will need to be taken to determine the rate of progression.
© Copyright 2021. Spinecare Chiropractic Sdn. Bhd.